All of the other windows in the church are 18th century – one depicting the last supper, another a resurrection window – except for the second in series, a memorial to the Argyll and Sutherland Highlanders killed in the “Great War”, 1914-1918. It was dedicated by the Miderator of the General Assembly of the Church of Scotland on July 1st, 2016. The inscription reads in Latin: Ne Obliviscaris, translated as “never forget”, or “do not forget”, or “lest you may forget”. The bottom panels on right and left depict stones engraved with place names where soldiers had fallen. 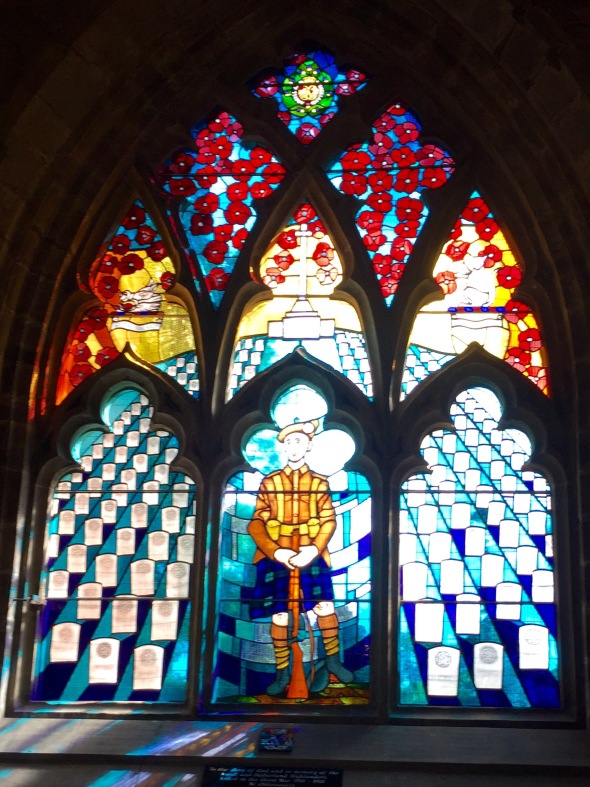 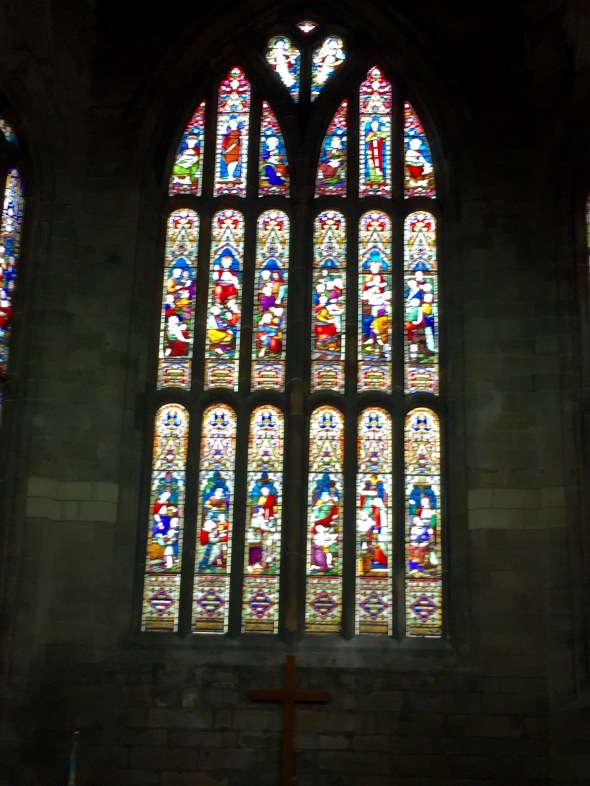 31 Jul This entry was published on July 31, 2016 at 5:38 pm and is filed under Uncategorized. Bookmark the permalink. Follow any comments here with the RSS feed for this post.