The bay is where St. Columba and his followers landed from Ireland.
Legend has it that he has precipitated a battle, perhaps by copying an illustrates manuscript and keeping it for himself. Somewhat to do penance, he left, and didn’t stop and settle until he couldn’t see the coast of Ireland in the distance. There is also the idea that this was already sacred space, and Columba was granted the right to settle by local lord. In other words, he had connections! 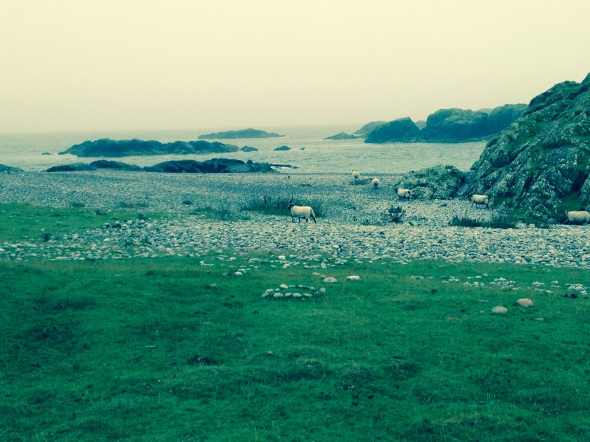 26 Sep This entry was published on September 26, 2014 at 9:37 am and is filed under Uncategorized. Bookmark the permalink. Follow any comments here with the RSS feed for this post.